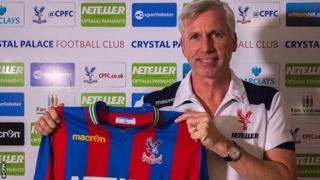 Alan Pardew has been announced as Crystal Palace's new manager on a three-and-a-half-year deal.

Pardew, who had been managing Newcastle United for the past four years, was given permission by the club to speak to Palace after they agreed a compensation deal.

Representing Crystal Palace won't be a completely new experience for Pardew, having played for them for four years, between 1987 and 1991.

In his new role as manager, he replaces Neil Warnock, who was sacked last Saturday. 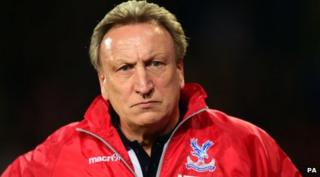 "I am absolutely delighted to be the new manager of Crystal Palace," said Pardew.

"Everyone knows my history here, what's important now is to move the club to the next level.

"I believe with the backing of [chairman] Steve [Parish] and the board I can help achieve that and create some new exciting history for the club."

He also paid tribute to his former club, saying: "It has been a privilege to manage Newcastle United.

"I must thank Mike Ashley and the board for their unwavering support during my tenure at the club."