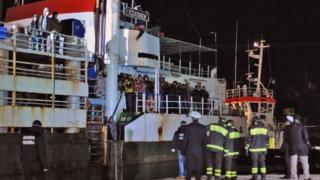 An abandoned ship carrying hundreds of people has docked safely at a port in Italy.

More than 400 refugees from Syria were onboard the Ezadeen ship when it was abandoned by its crew.

They were given food and water on arriving at the port and were said to be in relatively good health, according to the coastguard.

Italian authorities are now taking the refugees by bus to other parts of Italy. 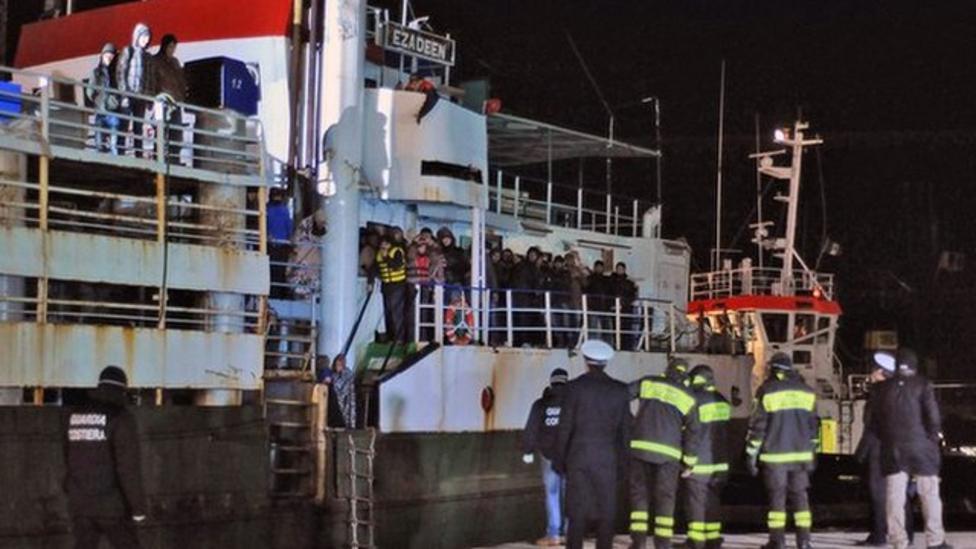