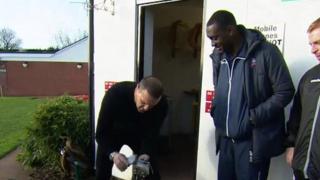 Bolton Wanderers footballer Emile Heskey has had his football boots cleaned by a comedian after a twitter post backfired.

Paddy McGuinness, who supports Bolton, had tweeted that he would personally clean Heskey's boots if he scored on his debut for the club.

He thought Emile's fitness wasn't very good and so it was very unlikely that he'd manage to score, but he was proved wrong after Emile scored in Bolton's game against Blackburn Rovers on Boxing Day.

Paddy then stayed true to his word and went down to Bolton's training ground to give Heskey's boots a good scrub. 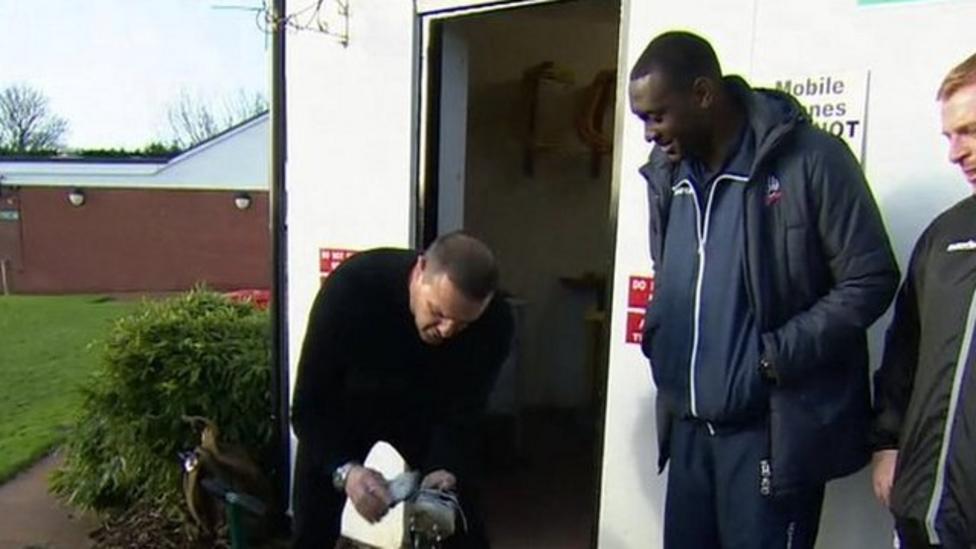