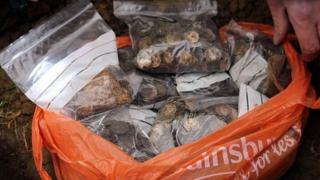 Metal detectorists in Buckinghamshire, England, have uncovered one of biggest collections of ancient coins ever found in Britain.

Paul Coleman from the Weekend Wanderers Detecting Club discovered more than 5,000 coins buried inside a lead bucket more than half a metre under a field near Aylesbury.

The coins will now be taken to the British Museum in London, where an expert must decide whether this is actual "treasure". 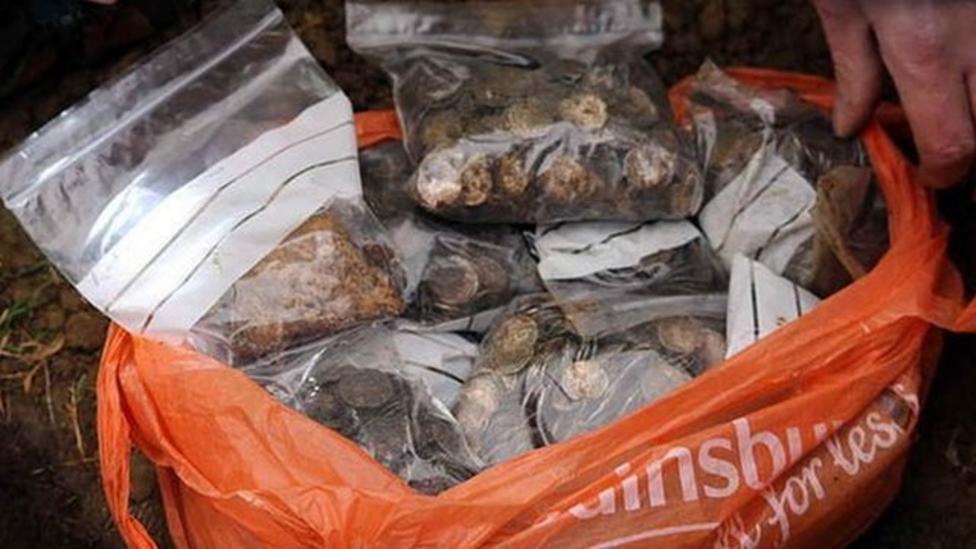