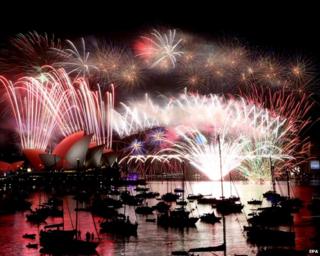 EPA
The Harbour Bridge in Sydney, Australia, was the centrepiece of the city's new year fireworks

People across the globe are gathering to welcome in the new year, with New Zealand and Australia leading the celebrations.

A giant clock in Auckland's Sky Tower counted down the minutes until midnight (11.00am British time), when fireworks erupted.

In Brazil, more than one million people will join the crowds on Rio de Janeiro's famous Copacabana beach, while Americans will watch the crystal ball lower as new year arrives over Times Square in New York City. 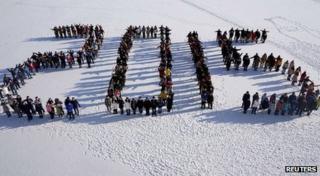 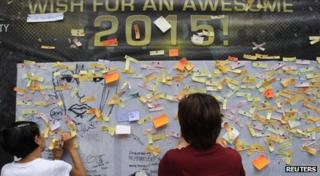 Reuters
A wishing wall is on display in the Philippines capital, Manila. Around 50,000 posted wishes will be used as confetti alongside fireworks to welcome the new year 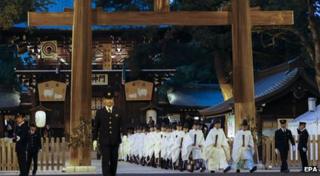 EPA
Priests hold an end of year ceremony at the Meiji Shrine in Tokyo, Japan. More than 3 million people are expected to visit the shrine to pray for health and prosperity in 2015