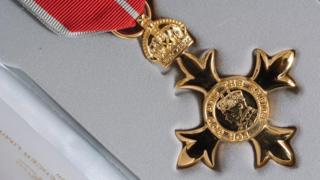 Special honours such as OBE, MBE and CBE are given to recognise people's amazing achievements and service to the country.

The awards are handed out twice a year in the UK and here's all you need to know...

Who gets the awards?

The decision about who gets an honour - and the type of honour they get - is made by a special committee. The committee's decisions go to the prime minister and then, finally, to the Queen to check it.

Not everyone wants an honour and people are allowed to turn down the award, which occasionally happens (for example, Roald Dahl turned down his award). People can also have their honour taken away from them if they are disgraced or behave in a bad way. 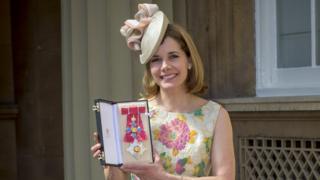 The honours list consists of knights and dames, appointments to the Order of the British Empire and gallantry and bravery awards.

Different people win different awards depending what they have done. The main awards include:

There are others, though, including the Royal Red Cross for those in the nursing services, and the Queen's Police Medal and Fire Service Medal for those working in these areas.

Read on to find out more about the different awards on the list.

What is a Companion of Honour? 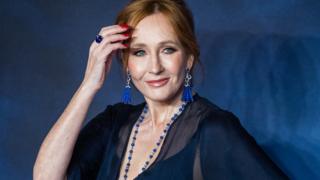 This honour is given to people who have made a significant contribution to the arts, science, medicine or the government over a long period of time.

The award, which was founded by George V in 1917, is limited to just 65 people each year. Those who receive it wear the initials CH after their name.

What is a Knight or Dame? 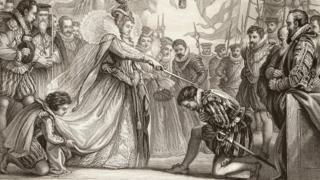 The honour of knighthood comes from medieval times, as does the way used to award the knighthood - the touch of a sword by the King or Queen.

Men who receive this honour are given the title Sir, while women receiving the honour are called Dame.

The award is given for an exceptional achievement in any activity.

What is a CBE? 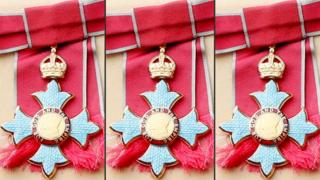 This stands for Commander of the Order of the British Empire.

King George V created the Orders of the British Empire awards during World War I to reward services to the war effort by people helping back in the UK (i.e. not on the front line).

As well as a CBE, people can also be awarded an Officer (OBE) or Member (MBE).

CBE is the highest ranking Order of the British Empire award, followed by OBE and then MBE.

They are given to people to recognise a positive impact they have made in their work.

What is an OBE? 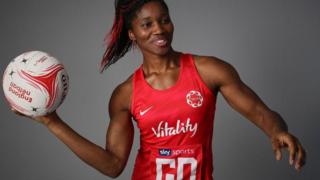 Getty Images
Ama Agbeze, captain of the England women's netball team when they won gold at the 2018 Commonwealth Games, was awarded an OBE in 2019

It stands for Officer of the Order of the British Empire (as opposed to Commander for a CBE and Member for an MBE).

It is awarded to someone for making a great impact in their line of work.

What is an MBE? 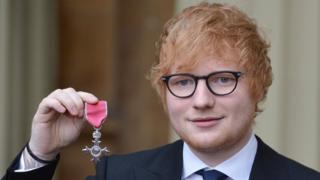 It stands for Member of the Order of the British Empire (as opposed to Commander or Officer).

It is also awarded to someone for making a positive impact in their line of work.

What is a BEM? 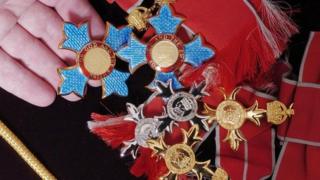 This stands for a British Empire Medal.

The medal was founded in 1917 and was awarded for "meritorious" actions by civilians or military personnel.

It was scrapped in 1993, but nearly 20 years later, Prime Minister David Cameron brought the medal back, with around 300 awarded every year to community volunteers.