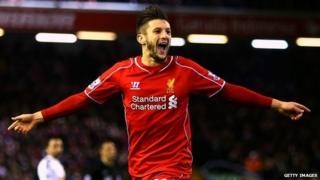 Liverpool moved to within five points of the top four with a big victory over Swansea at Anfield.

The home side took the lead through Alberto Moreno's close-range finish.

Adam Lallana made it 2-0 before Swansea's Gylfi Sigurdsson hit back immediately.

But Lallana struck again with a low finish and Jonjo Shelvey's headed own goal from a corner added to a bad night for the Welsh side.

It has been a year of two halves for Liverpool, who began 2014 with a 16-game unbeaten run to take them to within a whisker of an unexpected Premier League title, but in the last few months have suffered from poor results and sit 8th in the table.