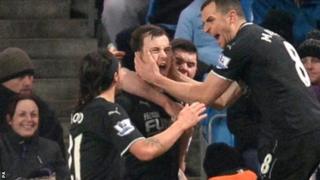 The Premier League season hit the halfway mark on Sunday with 18 teams in action as 2014 nears to a close.

With the majority of teams playing just 48 hours before there were lots of tired players looking to secure vital points - to win the title, to beat their rivals and to stay out of the relegation zone.

Liverpool take on Swansea on Monday night but find out here how all the other clubs did.

Manchester City missed a golden chance to close the gap on league leaders Chelsea as they gave up a two-goal half-time lead against Burnley.

City were cruising when Fernandinho followed up David Silva's opener to make it 2-0.

But Burnley fought back in the second half with goals from George Boyd and Ashley Barnes, who reacted quickest in a crowded penalty area to smash home a loose ball to earn the visitors a draw. 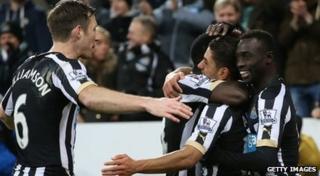 Getty Images
Ayoze Perez signed for the Magpies for only £1.5m in the summer

It was Everton's fourth league loss in five matches, although they made the ideal start when Arouna Kone scored.

But Papiss Cisse soon equalised for Newcastle, before Ayoze Perez drove in to give them the lead.

Jack Colback then pounced on a mistake to poke home Newcastle's third.

Kevin Mirallas managed to score another for Everton to set up a tense finale but the Magpies held on to take all three points.

Chelsea missed the chance to tighten their grip on the Premier League title race as they were held to a draw by Southampton at St Mary's Stadium. 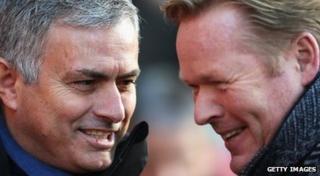 Chelsea looked for the winner in the second half but didn't trouble Saints goalkeeper Fraser Forster.

"One point against Chelsea is worth three points against another opponent. I'm proud of the spirit and organisation," said Southampton manager Ronald Koeman.

Arsenal moved above West Ham in to the Premier League top five after after beating the Hammers on their pitch. 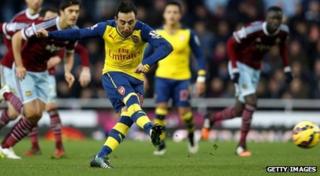 Santi Cazorla put the visitors ahead from the penalty spot, following a foul by Winston Reid, before Danny Welbeck put Arsenal further in front. 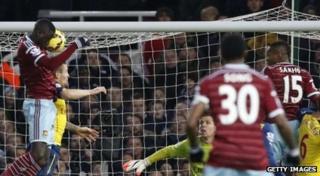 It was Arsenal's ninth win in a row in all competitions against West Ham as they moved level on points with fourth-placed Southampton and just three points behind Manchester United in third.

Manchester United's pursuit of Chelsea and Manchester City in the Premier League title race took a knock after a frustrating draw at Tottenham. 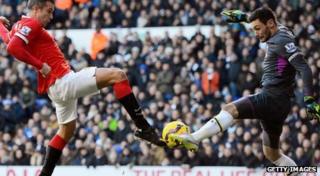 QPR 0-0 Crystal Palace: Managerless Crystal Palace remain in the Premier League's bottom three despite a good display that earned them a point at Queens Park Rangers.

Aston Villa 0-0 Sunderland: Aston Villa held on to secure a goalless draw against Sunderland despite playing the majority of the second half with 10 men after Fabian Delph was sent off.