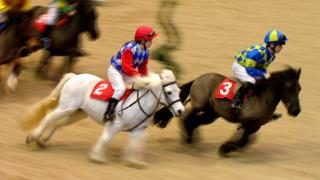 The jockeys of the future?

The London International Horse Show brings together some of the finest jockeys and horses in the world.

But for kids wanting to be a superstar jockey of the future, and take part in a race as big as the Grand National - where do they learn the skills needed?

Racing on small ponies called Shetlands, competitors aged between 9-14 speed around the arena on a miniature course with jumps like those seen at an Aintree Grand National.

The BBC's Nick Hope has been to meet some of the kids taking part... 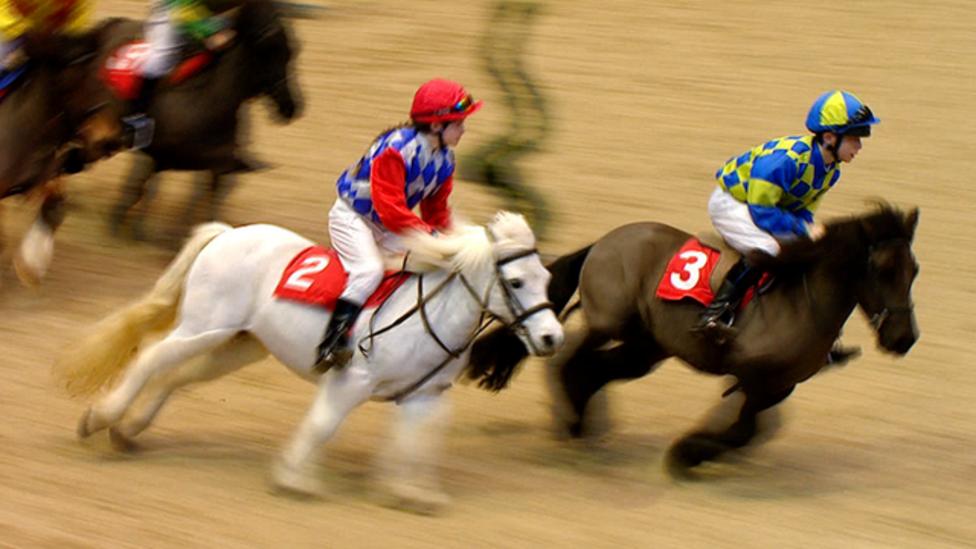 The jockeys of the future?