India has launched its largest rocket into space.

On board was an unmanned capsule that could send two to three astronauts into space in the future.

It blasted off from Sriharikota in the southern state of Andhra Pradesh. 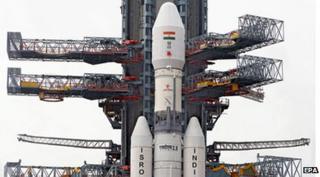 EPA
The GSLV Mk-III spacecraft has been launched into space

The new rocket will be able to carry heavier satellites, weighing 4,000kg, into space.

That means India won't have to rely on foreign launchers anymore.

The capsule has already "safely splashed down safely into Bay of Bengal.''

India has launched lighter satellites before in the past but has had some problems with heavier spacecraft until now. 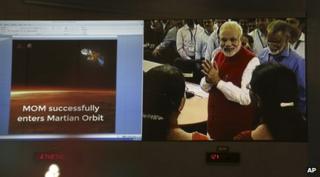 India is now a major player in the multi-billion dollar space market.

The Prime Minister Narendra Modi tweeted after the launch: "Successful launch. Yet another triumph of brilliance & hard work of our scientists. Congrats to them for the efforts."

The chairman of the Indian Space and Research Organization (Isro), said the launch was a "very significant day in India's space history".

Isro has tried to get money from the Indian Government to send its astronauts into space. Today's successful launch could be the first step towards that.