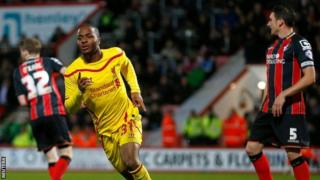 The victory should provide a boost of confidence for a Liverpool side that had won only two of their previous 10 games and face an in-form Arsenal in the Premier League on Sunday.

Sterling's double was the first time he has scored for his club since September.

In the night's other League Cup quarter-final, Tottenham thrashed Newcastle 4-0. 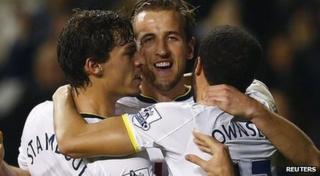 Reuters
Tottenham have scored in each of their past 26 home games in the League Cup, a run that goes back to January 1999

Spurs will face League One side Sheffield United in the last four.

The two-legged semi-final matches will be played next month, with the final on 1 March.