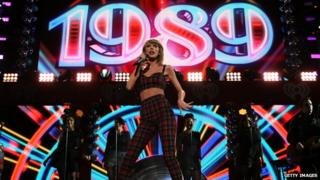 Getty Images
Taylor Swift last performed at the Brits in 2013

Taylor Swift, Ed Sheeran and Sam Smith have all signed up to appear at next year's Brit Awards ceremony.

They are the first names to be announced for the event in February at the O2 Arena in London and broadcast on ITV.

Taylor last performed at the Brits in 2013, performing her hit I Knew You Were Trouble.

No word on what she'll sing this time but it's likely to be a hit from her latest number one album 1989.

Ed Sheeran was among the artists to take to the stage at last week's BBC Music Awards, collecting the British artist of the year prize and he is tipped for further glory at the Brits on 25 February. 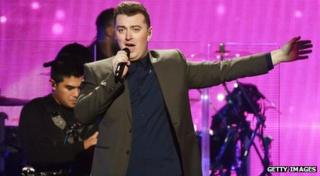 Sam Smith will be hoping to pick a few awards at the Brits too - his single Stay With Me is up for best pop performance and record of the year.

Further names for the event - officially called the Brit Awards 2015 - will be announced over the coming weeks.