Fears for the future of northern white rhino

A rare baby northern white rhino like this, might be something that becomes impossible to see in the future.

There are worries they could soon die out.

There are only five in captivity at zoo's or specialist conservation centres around the world.

There's one in California, one in the Czech Republic in eastern Europe and three in Kenya in eastern Africa. 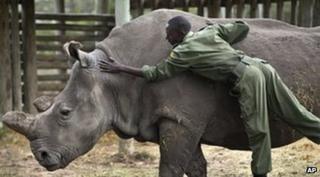 AP
Keeper with northern white rhino at a conservation centre in Kenya.

Staff at one of the conservation centres in Kenya say it's unlikely the three, being cared for there, will ever have babies naturally. 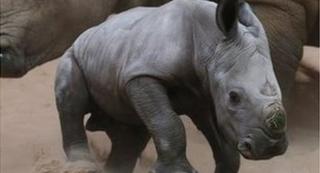 The problem's now got worse after San Diego zoo in America said their male northern white rhino has died. Angalifu was 44

That means there are even fewer males to breed. Without new babies, the sub-species could disappear. 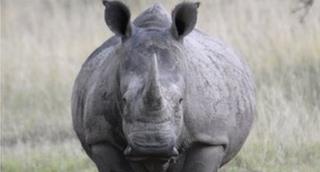 A white rhinoceros in Kenya.

Poachers are targeting the rhinos for their horns

There has been lots of poaching in some areas. The animals are killed for their horns, which can be sold for lots of money and are sometimes used in Chinese medicines. 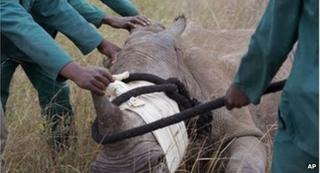 AP
A white rhino is rescued in South Africa after its partner was killed by poachers.

Conservationists have managed to save the southern white rhino though- there are now about 20,000 of them in the world. They live in southern Africa and Kenya.