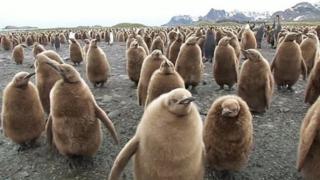 King penguins flock to the beach

Tens of thousands of penguins have flocked to the shores of a tiny island near Antarctica.

King penguins are the second largest of the penguin family but unlike their closest relative the Emperor penguin, they prefer slightly warmer nesting grounds.

These penguins like to lay their eggs on an island called South Georgia, where the adult penguins will care for them when they hatch, until they can look after themselves.

Each penguin chick has its own unique call, which is how their parents recognise them to give them their dinner.

King penguin chicks are born with brown fluffy feathers, and huddle together in large groups to keep warm, which are protected by some of the adults. 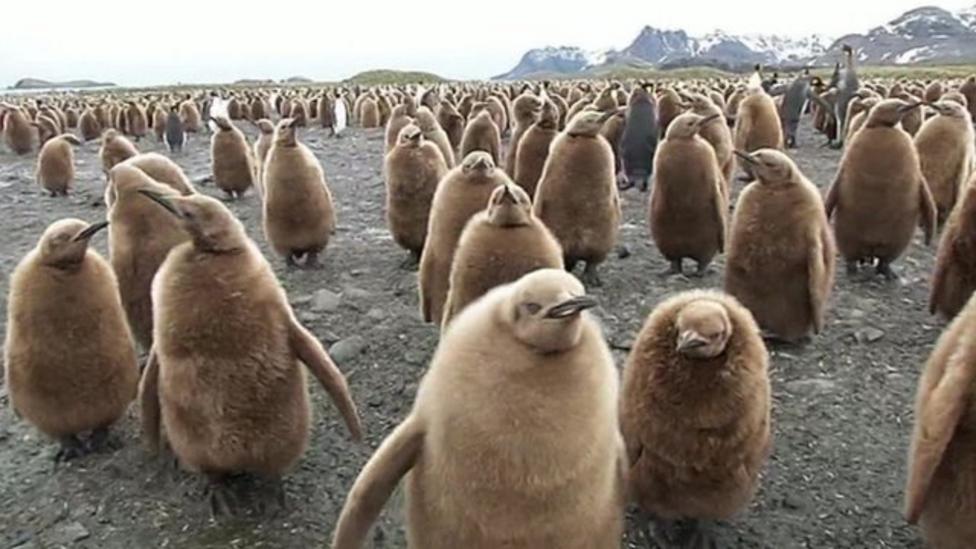 King penguins flock to the beach

Is the ukulele the new recorder?