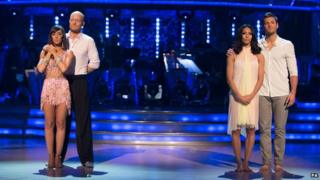 The couple had to hang up their dancing shoes after they lost out to Mark Wright in the dance off.

Jake said that going home was "a huge disappointment" but his dancing partner Janette said that she she was incredibly proud of him.

Now that Jake has left the show that leaves just four celebrities left to compete for the Strictly glitter ball trophy.

Singer Frankie Bridge and her partner Kevin Clifton have danced their way to the Strictly Come Dancing Final. The pair have had a really good score every week and could be tough to beat. 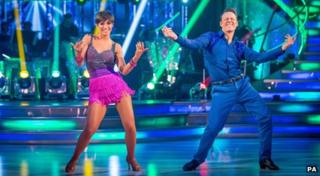 TV presenter Caroline Flack and her dancing partner Pasha Kovalev, were the first couple to get full points for their Salsa dance in this series. 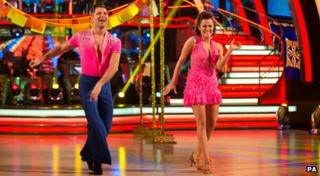 Simon Webbe never thought he would make it to the final, but the singer and his partner Kristina Rihanoff managed to make it through after fighting off some tough competition along the way. 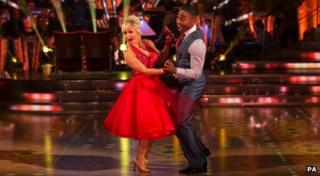 Presenter Mark Wright and his partner Karen Hauer have managed to avoid going home in the dance-off three times now, and have now scraped through to the finals this week. 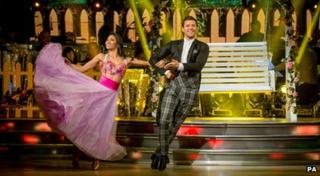