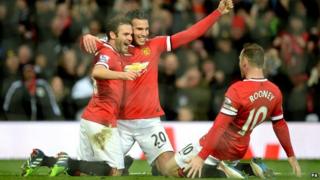 Manchester United beat Liverpool 3-0 in the Premier League on Sunday. 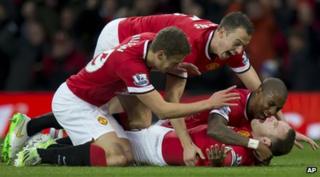 The man of the match went to United goalkeeper David De Gea, who managed to make several saves. 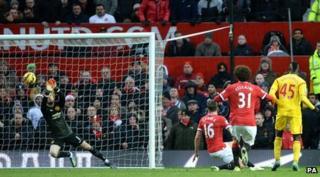 PA
David De Gea makes a save against Mario Balotelli

The loss puts more pressure on Liverpool manager Brendan Rodgers, whose side has slipped to 10th in the table and were knocked out of the Champions League last week.