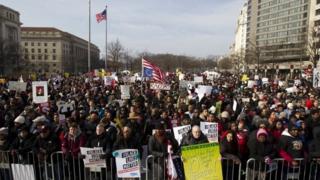 Thousands of people have marched through Washington DC in the USA to protest against the recent killings of unarmed black people by police.

Relatives of Michael Brown, who was shot dead in Ferguson, Missouri joined the march.

Michael Brown was killed after an encounter with a police officer.

Grand juries decided not to punish the police officer involved, which sparked anger and unrest.

Another demonstration in New York also saw thousands take to the streets. The demonstrators want changes to the law to protect the public.

Michael Brown's mum, Lesley McSpadden, told the crowd: "If they don't see this and make a change, then I don't know what we got to do." 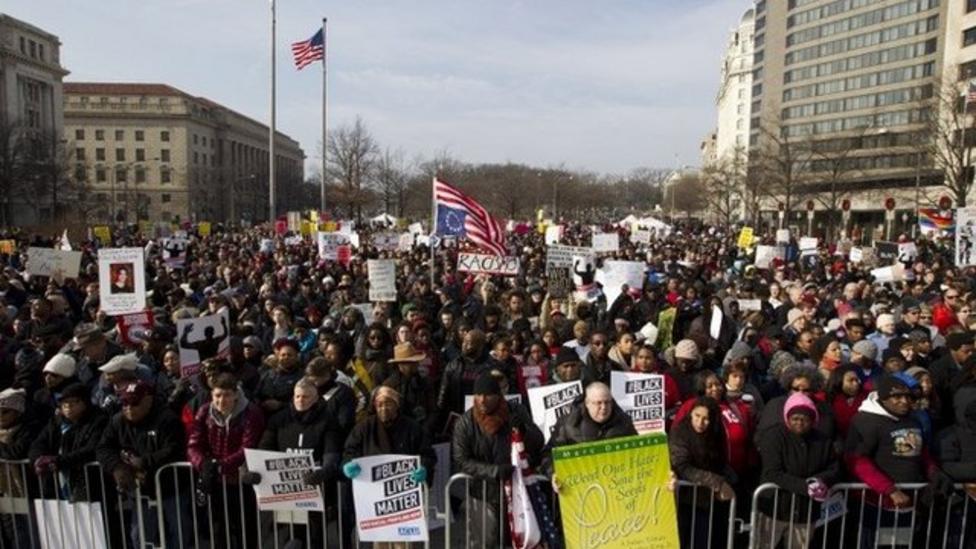