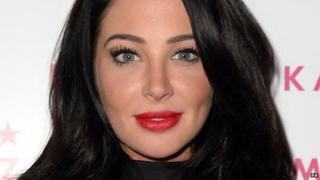 An X Factor spokesman said: "Unfortunately Mel is still unwell and following doctors' advice she will not be taking part in Saturday's show."

"Tulisa will join the panel as a guest judge," he added.

Mel B has been mentoring the boys and has one contestant left in the show - Andrea Faustini.

The Spice Girls singer didn't appear at an X Factor event on Thursday, and on Friday an X Factor spokesman suggested she may be too ill to appear in the final.

Tulisa was an X Factor judge in 2011 and her act Little Mix went on to win the series.

She appeared on the show this year to help Louis Walsh select his final acts.