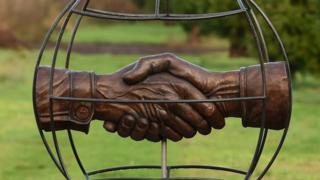 Prince William has unveiled a memorial to remember the Christmas Truce in World War One when soldiers from Britain and Germany stopped fighting and played football on Christmas Day.

England manager Roy Hodgson joined the Duke of Cambridge to unveil the statue at the National Memorial Arboretum in Staffordshire, England.

The Football Remembers memorial was designed by a schoolboy after a UK-wide competition. 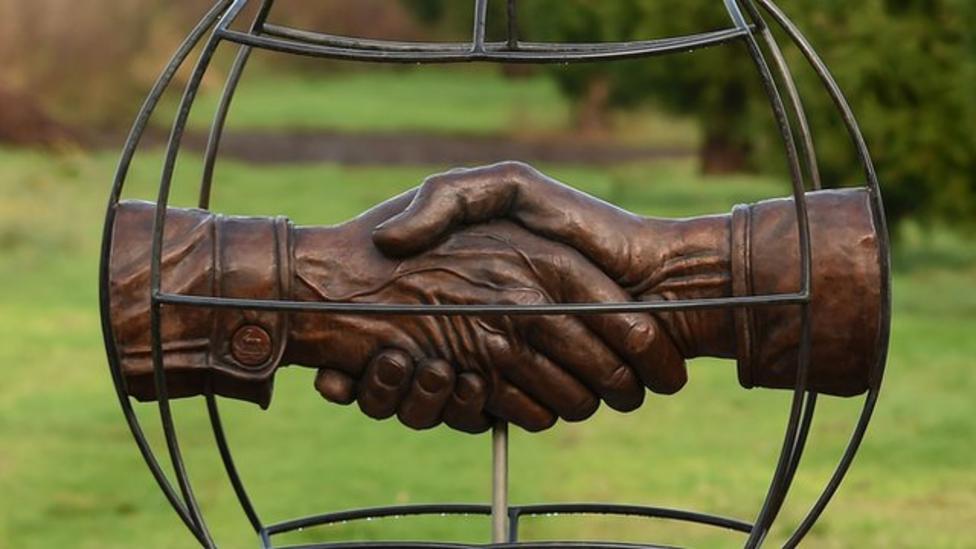