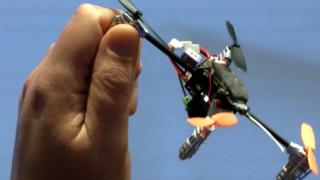 Hand-sized drone follows you round

A team in the Netherlands have developed the world's smallest drone with a camera.

It weighs only four grams and can fit in someone's hand.

They say because it's cheap and so lightweight, it's safer to use in built up areas. 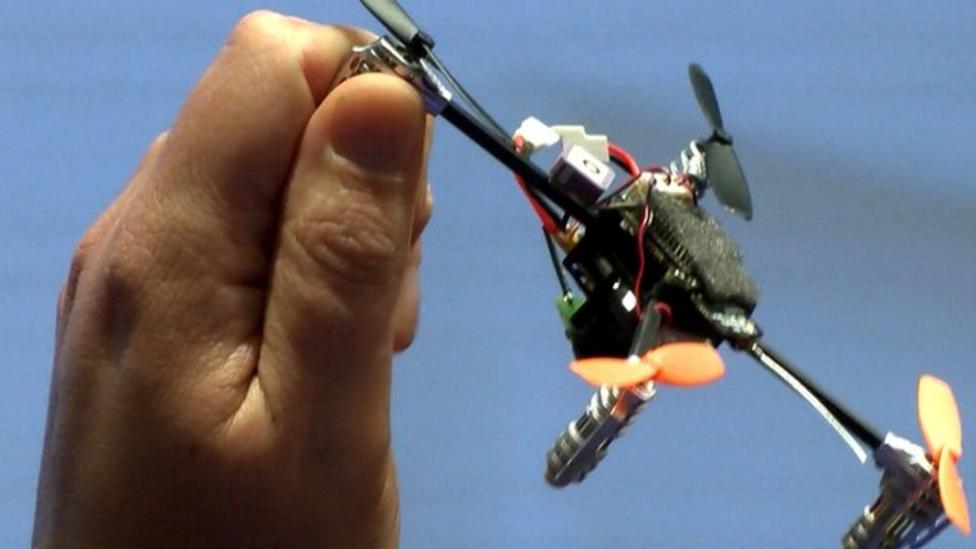 Hand-sized drone follows you round