Jessica Ennis-Hill became of the biggest stars of the London 2012 Olympics when she won the heptathlon title.

Since then, she has got married, had her first child and took a break from the sport.

But now she's back and looking to compete amongst the best athletes in the world. 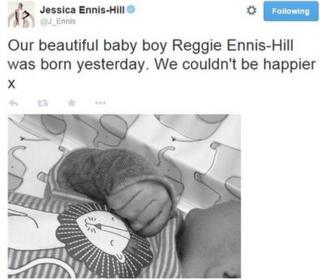 Jess spoke to the BBC about how her life and career have changed since she became a mother with the birth of son Reggie in July.

The 28-year-old also gave her view on domestic rival Katarina Johnson-Thompson, who is returning to action after a foot injury.