Champions League: The story of this year's group phase 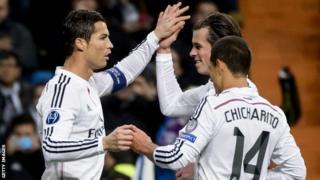 The Champions League group stages ended on Wednesday with Manchester City going through thanks to victory in Rome.

Here is everything you need to know about what happened in the 96 matches so far before Monday's last-16 draw.

Who drops down to the Europa League's last 32? 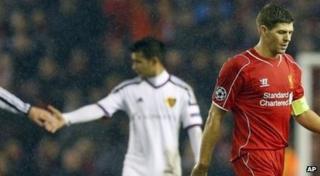 Who is out of European competition?

Who could the English sides face in Monday's Champions League last-16 draw? 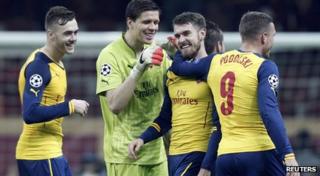 Country-by-country breakdown of the last-16 teams

Every one of the 16 teams in the knockout stages have been at that stage before.

Chelsea were the top scorers of all 32 teams in the Champions League group stages with 17. 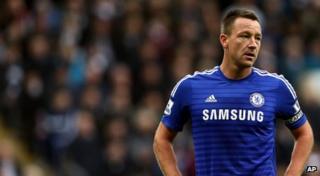 This is despite the fact that none of their players scored more than two goals. John Terry is their joint top scorer, while Diego Costa is yet to net in the tournament.

Real Madrid - one of only six teams to ever finish a Champions League group with maximum points - became the first team to do it twice this season.

Their 16 goals were the joint second-highest - along with Bayern Munich and Porto - behind Chelsea.

Barcelona have finished top of their Champions League group for an eighth consecutive season. 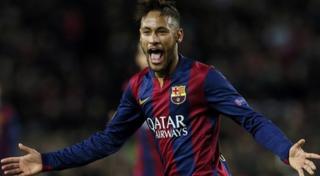 The last team to beat them to top spot were Chelsea back in 2006-07, with Barca losing to Liverpool in the last 16.

Lionel Messi and Cristiano Ronaldo came into the season on 67 Champions League goals each, four behind Raul's record of 71.

Messi broke it on 25 November with a hat-trick in Barcelona's 4-0 win at Apoel Nicosia - taking him to 74. He has since scored number 75, against PSG. 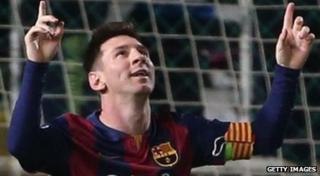 However, it is a record that could be broken many times in the coming years, with Ronaldo now up to 72.

Most leaky defence ever

Bate Borisov have conceded a record 24 goals in the Champions League group stages.

The top players of the group stages... 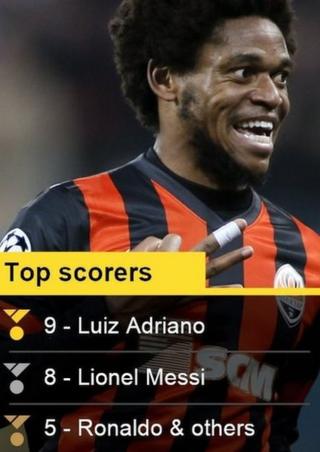 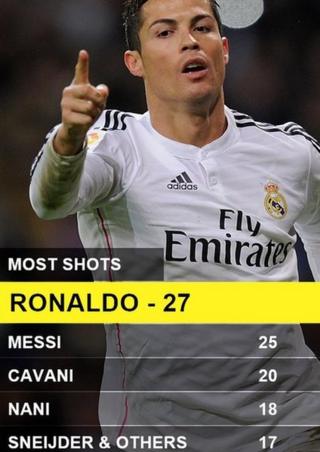 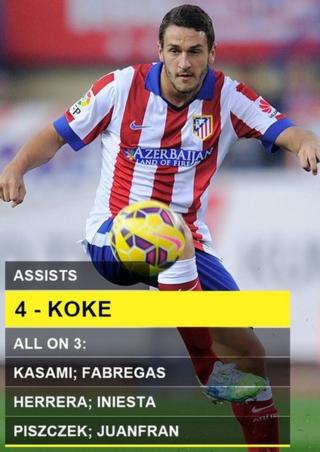 The draw for the Champions League last-16 takes place on Monday 15 December.