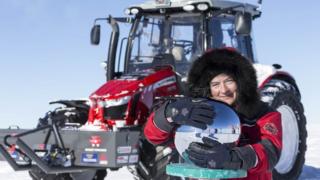 Did you ever think it was possible to drive a tractor to the South Pole? Well, Manon Ossevoort has done just that!

The Dutch explorer started the journey at her home in the Netherlands and drove over 25,000 miles across Europe and down through Africa to the frozen plains in Antarctica.

She then spent 17 days travelling over 1,500 miles across Antarctica all the way to her final destination, the South Pole.

The tractor could only travel at speeds of around 6 miles an hour - about as fast as a person jogs - and Manon said it was very bumpy ride!

Along the journey freezing winds caused temperatures to drop as cold as -56 degrees Celsius.

The expedition across the South Pole with Manon and her bright red Massey Ferguson tractor was named 'Antarctica2' after a similar journey made by the legendary explorer Sir Edmund Hillary, who travelled to the South Pole on a special tractor in 1958. 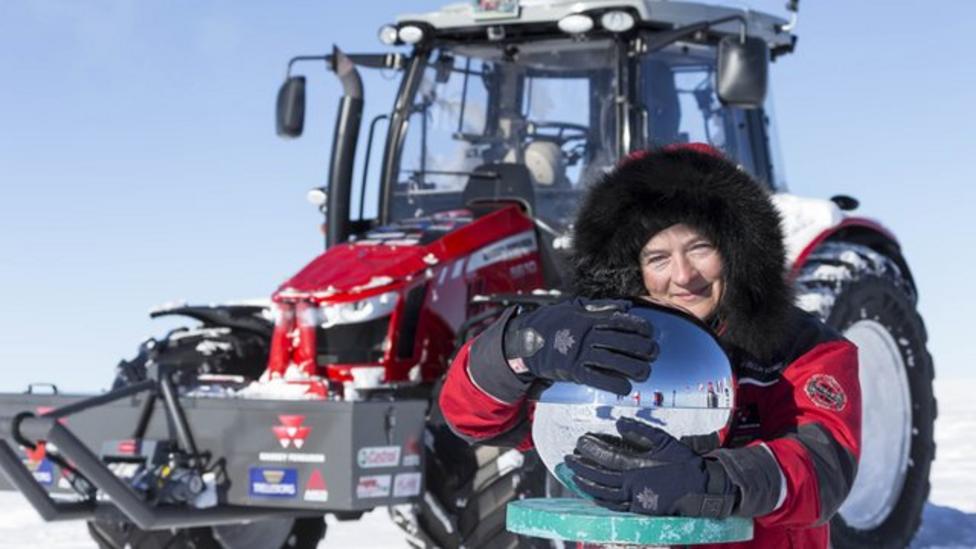