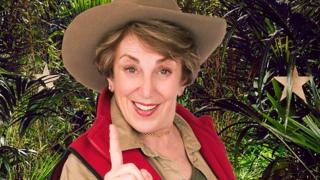 Former MP, Edwina Currie has become the latest celeb to be voted out of the jungle on I'm A Celebrity... Get Me Out Of Here!

When Edwina heard the news that she hadn't made it to the last stage of the competition, Edwina said: "That is exactly what should happen, brilliant."

Speaking to Ant and Dec after leaving camp, she told them that before joining the show she thought it would be horrible in the jungle.

But she said: "In fact they were a terrific bunch of people. It was a privilege and a pleasure to know them and that's not flannel."