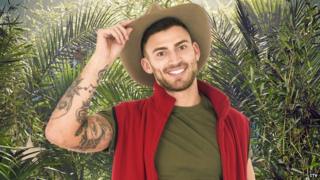 He didn't win The X Factor, but Jake Quickenden is now the favourite to be crowned king of the jungle on I'm A Celebrity... Get Me Out Of Here!

Jake has overtaken his pal, retired footballer Jimmy Bullard, in the odds. 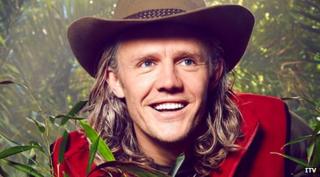 Jimmy is one of four campmates up for eviction in the first public vote, alongside superbike champ Carl Fogarty, TV presenter Melanie Sykes and music star Tinchy Stryder.

It's after their tribe, the Wombats, lost the Terror Tombs trial.

The result of public vote will be revealed on Monday night's programme.

Jake was one of two late arrivals to the show.

Two celebrities have quit the jungle so far - The Only Way Is Essex star Gemma Collins and actor Craig Charles.

See the first 10 celebrities to enter the jungle.