What should be Britain's national symbol? 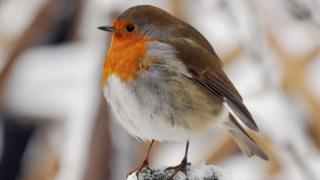 Should the Robin be the national bird for Great Britain?

The US has the Bald Eagle, New Zealand has the Kiwi and India has the Peacock - so what's Britain's national bird symbol? Well we haven't got one.

One campaigner is asking the public to come up with a short list of birds to be crowned the UK bird of choice, including the robin, the blue tit or even the pigeon. 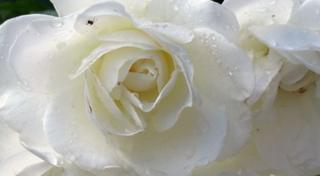 Is the rose the most British plant?

But here at Newsround, it made us think what plants and animals best represented Great Britain as a whole?

We need your help!

I think the rose and the robin because in winter I see a lot of robins in England and most of my relatives have roses in their gardens.

It should be a symbol of an animal that shows strength and bravery.

I think the robin should be the best bird because it is beautiful, colourful and it makes us smile.

I think we should have the robin because it is a graceful bird and it reminds me of winter. It is calm against some other birds and it is innocent.

I think the animal should be a robin because we have winter a lot.

I think that the robin and the rose should be the symbols for the UK.

I think the blue tit should be the English bird symbol because it stands out from all the other birds in our country and is beautiful in every single way.

I think the robin should be the national bird because it is very British.

I think it should be a swan and honeysuckle because swans are here all year round, have been historically important and are protected in Britain. I think it should be honeysuckle because it's really beautiful and smells wonderful. It can be seen in British countryside as well as in gardens. It is just as common in England as it is in Scotland, Wales and Northern Ireland and would benefit from exposure to protect it.

For a bird to represent Britain, I suppose it's either got to be a common breed like a Red Kite or the Swan. Both birds are remarkable.