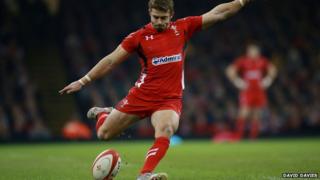 Wales captain Sam Warburton has described his side's 12-6 win over South Africa as "right up there with my best achievement in a Welsh shirt".

Leigh Halfpenny kicked all 12 points in Wales' second win ever over the Springboks.

Man-of-the-match Dan Biggar, the Wales fly-half, added: "It's amazing. All those narrow defeats and everything, but this is what makes it worth it.

"We always seem to do it the hard way but the main thing is we crossed the line."

Elsewhere, England overpowered a tired-looking Australia to end their disappointing autumn campaign on a high and ease the pressure on head coach Stuart Lancaster. 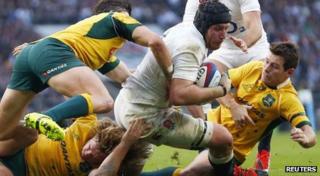 Two tries from Ben Morgan and 16 points from the boot of George Ford got England the win.

Captain Chris Robshaw says it was a much improved performance.

After defeats early in the month by New Zealand and South Africa, this was a precious victory for England with the Rugby Union World Cup less than one year away.