Susie Wolff to stay at Williams next season as test driver 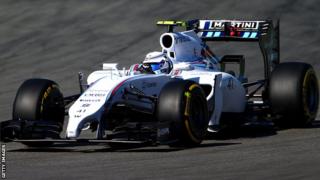 Susie Wolff will stay at the Williams team next season in a bigger role as test driver.

It means the 31-year-old Scot would be first choice to race for Williams in a Grand Prix should main drivers Valtteri Bottas or Felipe Massa not be available.

"I'm really happy to be able to carry on and get more time in the car. This is another step in the right direction for me," Wolff told BBC Sport.

"I am delighted Williams are recognising my progression, hard work and that it is performance that counts.

"I'm incredibly proud of what the team have achieved this year and I hope we can continue that development next year."

Susie's promotion increases her chances of becoming the first female racer on the Formula 1 grid since 1976.

Italian driver Lella Lombardi was the last woman to race in F1. 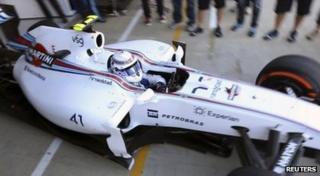 Williams deputy team principal Claire Williams added: "Susie continues to impress us with her strong technical knowledge, the feedback she delivers and the performance when she drives the car both on the track and in the simulator.

"She has steadily increased her time behind the wheel since she joined us in April 2012 and her appointment as test driver was a natural progression."