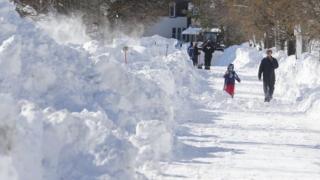 Flood fears in US as snowfall eases

After weeks of bad weather, snowfall in the US is starting to decrease but authorities are warning that the emergency is not over yet.

Huge blizzards have left parts of the north-east of the US under seven feet of snow.

Thirteen people lost their lives and others have been forced to stay inside their homes.

Officials in New York say they're now facing the risk of flooding as temperatures get warmer and the snow melts.

They're also worried some buildings may collapse when the rain arrives, as it will add to the weight of snow already lying on roofs.

Special equipment, boats, sandbags and emergency crews have been set up to deal with an emergency. 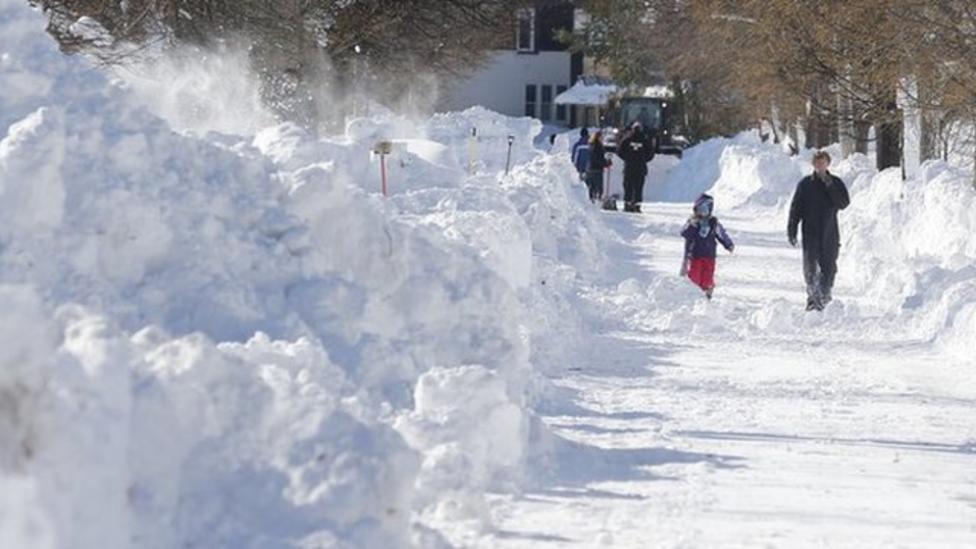 Flood fears in US as snowfall eases