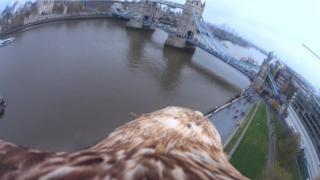 Eagle with camera flies over London

Here's a birds-eye view of London that you've never seen before.

An eagle called Darchan has flown across the city with a camera attached to him.

The film was recorded over the course of a week by the Imperial Eagle.

It caught some amazing pictures of the city from the air.

Watch Darchan's journey and decide which is your favourite bit. 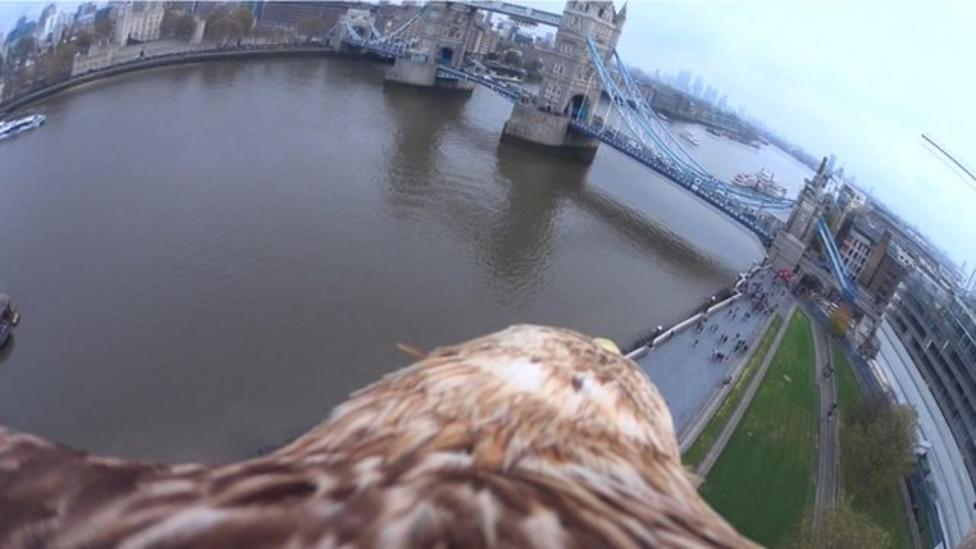 Eagle with camera flies over London