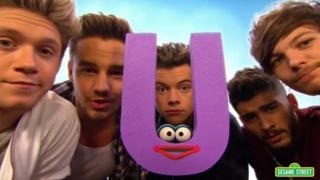 One Direction sing about U

The members of One Direction have made an appearance on the children's TV show Sesame Street singing a special song all about the letter U.

Together with a muppet version of the letter, Niall, Zayn, Liam, Harry, and Louis performed a revised version of their hit, What Makes You Beautiful.

Their song for the show was called What Makes U So Useful.

The group have been busy promoting their latest album, Four, which was released in the United States on Monday. 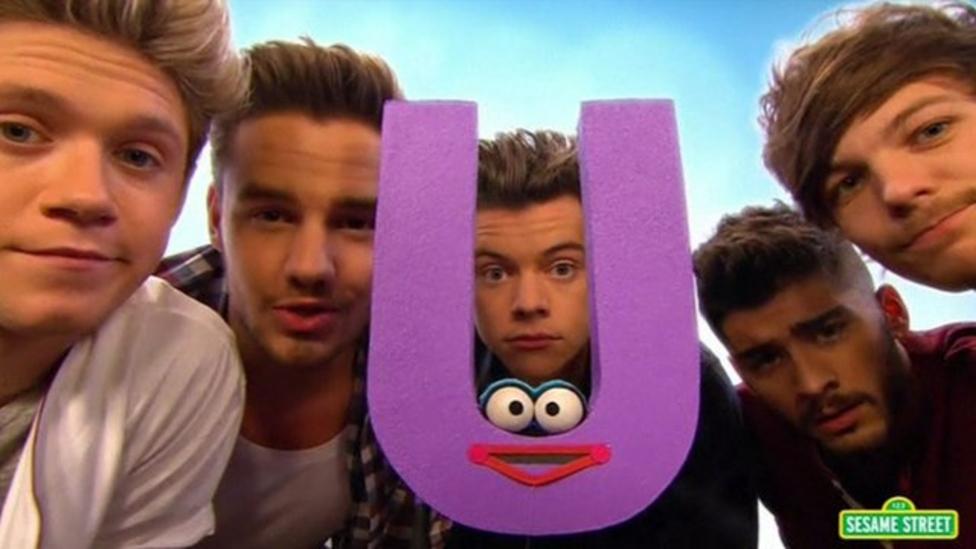 One Direction sing about U