Scotland manager Gordon Strachan revealed his players are desperate to be involved in Tuesday's friendly with England at Glasgow's Celtic Park.

After the Scots' crucial 1-0 Euro 2016 qualifying win over Ireland, on Friday, Strachan felt the energy levels might drop among his players.

But he said: "I've got so many players wanting to play tomorrow night."

"Most of the coaches thought, the day before the game, they would take their foot off the pedal, but no. 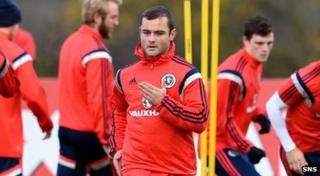 "I'd think most of the England players will be looking forward to this game. They know it's going to be competitive, they know there's going to be an atmosphere. Great players enjoy that and they have some great players."

He added: "Both teams won't take it as a friendly, it will be a competitive match. There's no better friendly than against England." 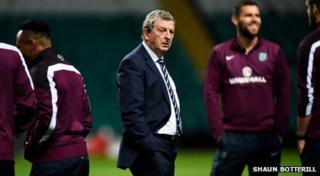 England manager Roy Hodgson is expected to make changes from the side which beat Slovenia 3-1 at Wembley on Saturday.

First-choice goalkeeper Joe Hart will be rested, with Southampton's Fraser Forster or West Brom's Ben Foster in line to replace him.

Hodgson said: "It will be competitive and hard fought. Each challenge will be well competed.

"I am hoping it will be a competitive game between two football teams. Scotland set their stall out to play football like we do."

Check out the history of England v Scotland games in pictures by clicking here.