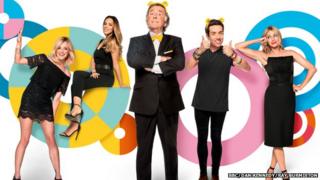 Some of the biggest names in music and entertainment are coming together for the annual BBC Children in Need Appeal Show extravaganza on Friday 14 November 2014.

The glittering night will be live from the home of EastEnders, Albert Square, which will host big name guests, and show-stopping performances. 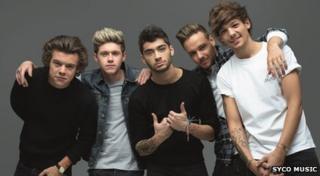 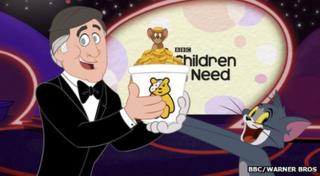 The fantastic five welcome a bunch of stars as they join together to help raise money for disadvantaged children and young people across the UK.

We've dressed up as our favourite heroes today - not just spiderman, but also vets, nurses, soldiers and even the Queen!

Today at school we are dressing up as a hero and we're having a talent show.

Today my year are dressing up in onesies and we are doing a bake sale and face painting.

At our school we are going to wear our own clothes and bring a pound.

I have been ill since I was three but I love Children in Need and wanted to do something for it. I've decided I can do a sponsored silence and I've been doing it today since 12pm and I will finish at 3pm. I hope I can raise money for Children in Need.

We are all dressed in spots, designing pants and learning about Children in Need this week.

We are dressing up as superheroes for children in need. We are hoping to have lots of fun and raise as much money as we can for Children In Need.

I am taking part in a tap-a-thon in Ware on Sunday with my mum and with hundreds of other tap dancers across the country.

I am going to do an assault course walking on my bottom!

My school and I are going to wear our own clothes and costumes for Children in Need.

My school is doing a money trail, and it's going to be against our school colleges. Everyone has to bring in change and it gets collected in buckets.