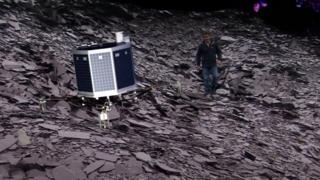 How Philae probe will land on comet

Final preparations are under way for what could be one of the most extraordinary achievements in space exploration.

On Wednesday, the European Space Agency will try to land a tiny spacecraft on a comet. This has never been attempted before.

The comet is about 300 million miles away, far beyond Mars and is racing through space at about 34,000 mph.

Esa's Rosetta satellite has flown for 10 years in a four-billion-mile series of loops around the Sun to pick up enough speed to fly alongside the comet, and it will now release a lander, called Philae, to try to touch down.

But the landing will be extremely challenging, as BBC Science Editor David Shukman explains. 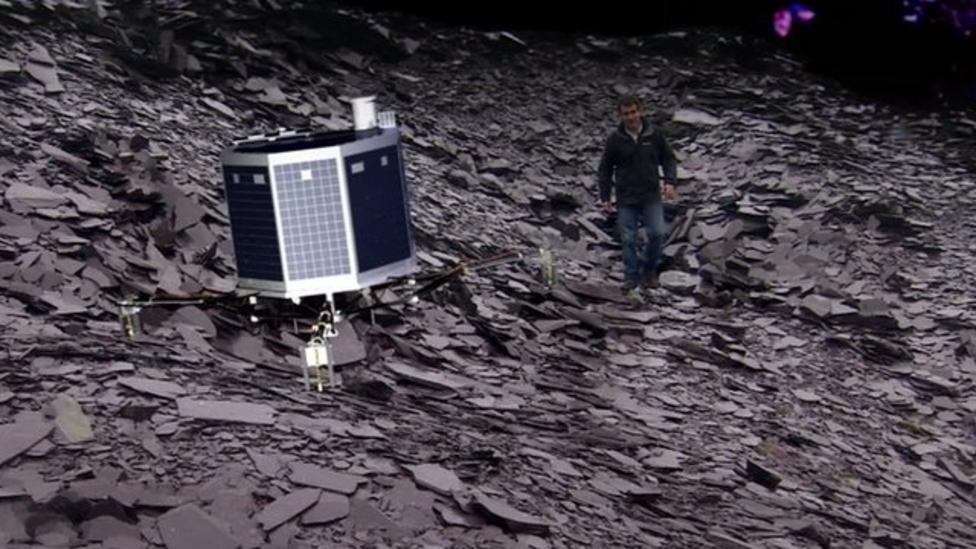 How Philae probe will land on comet