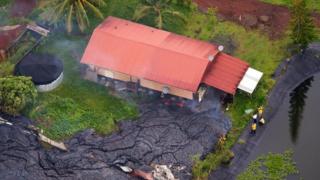 A stream of lava that has been creeping towards a Hawaii town for months has now destroyed a house.

The people living in the house in Pahoa, Big Island, had already left.

The lava from Kilauea volcano entered the town two weeks ago and has smothered a cemetery and two sheds.

The temperature of lava is 1000 degrees Celsius - ten times hotter than boiling water from a kettle.

It's so hot that it consumes everything it touches.

The United States once tried to stop a lava flow in Hawaii by bombing it - but the bomb crater left behind just refilled with lava.

In Iceland, crews used billions of gallons of cold water to cool down a lava flow.

"You have to be in a wealthy country with a lot at stake to even consider it," said Dr Shannon Nawotniak. 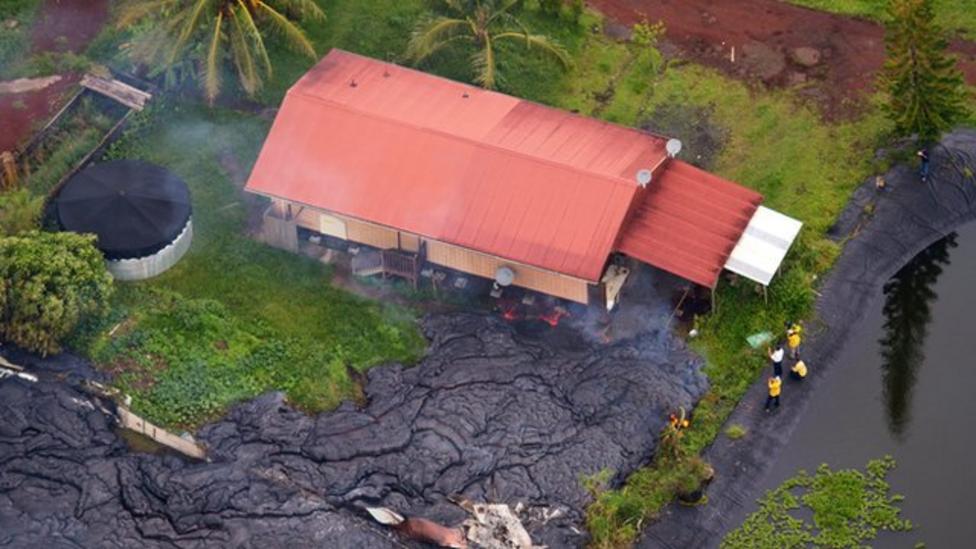