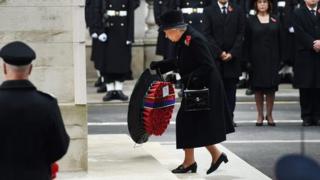 The Queen has led Remembrance Sunday commemorations, to honour servicemen and women who have died in war.

A two-minute silence was held at 11am, after which the Queen laid a wreath at the Cenotaph in London.

The Queen was joined by other royals, political leaders and war veterans, as well as large crowds who came to watch the ceremony. 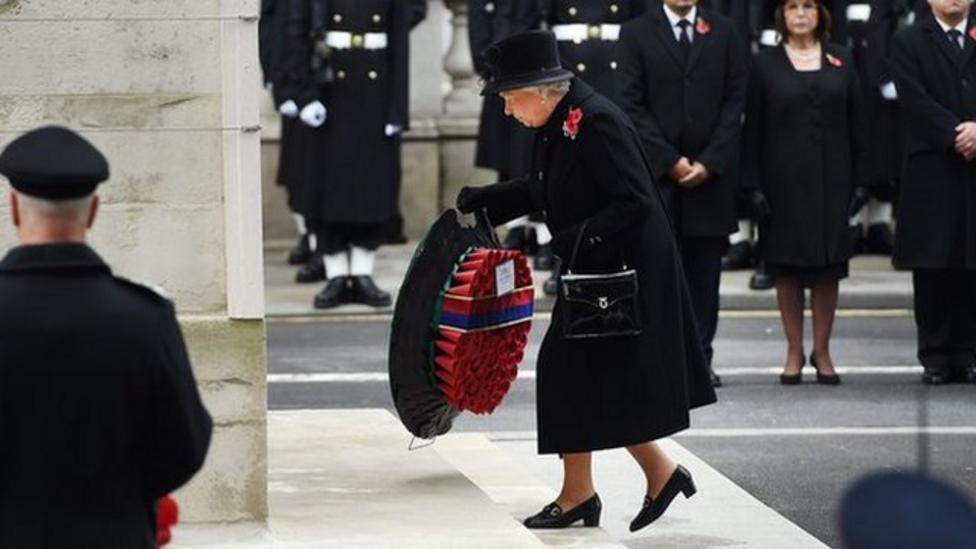