Doctor Who: How should Peter Capaldi's series end? 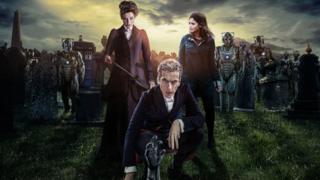 It is the finale of series eight of Doctor Who this weekend.

The last twelve weeks have seen many twists and turns for the new Doctor, played by Peter Capaldi. 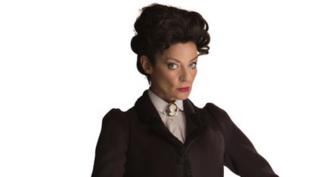 The Doctor and his assistant have had to face a new incarnation of the Master.

I think we should see a flashback of Missy's regeneration from John Simm.

I really hope Clara stays as the Doctor's companion - she's such a great character! I also hope that Missy turns out to be a fake - the Doctor's meant to be the last Time Lord, not Missy!

I can't wait for the series finale! I think what Missy calls the underworld will actually be a factory for making Cybermen!

I liked the Victorian episode because it introduced the 12th Doctor. I disliked the mummy on the train because the mummy was really freaky.

I liked the Time Heist episode the best because I think the Doctor would be great at robbing a bank!

I would like Clara to leave the Doctor and he finds a new companion.

I think the Doctor Who series should end when Danny Pink clicks delete and the Cybermen come and try to delete, but Clara gets in the way and she gets deleted. The Doctor tries to save her but does he?

I think that the ending is that they find Gallifrey and defeat all the Cybermen. Missy should be locked away in a Time Lord prison. Clara should be put in a water prison where the Doctor finds her and frees her. The Doctor is locked in his Tardis afterwards by the last Cyberman alive.

I am really sad that Doctor Who is ending, I have watched all the series and I can tell you that this has been my favourite series ever. Thank you, Peter Capaldi. I really liked the Mummy on the Orient Express but disliked In the Forest of the Night.