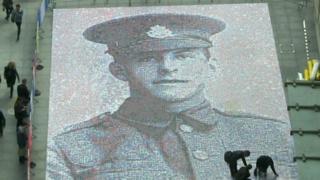 A digital mosaic of a soldier who fought during World War One has been created out of 30,000 images.

Photos were taken of thousands of visitors to a BBC event called BBC World War One at Home Live.

They were used to make the image of 23-year-old Private James Ernest Beaney who died during the war.

The piece also includes hundreds of original images from World War One.

Artist, Helen Marshall, said she looked at hundreds of World War One photos before choosing this one.

The mosaic has been recreated on the floor outside the BBC's New Broadcasting House offices in London.

It can also be seen at Imperial War Museum North in Manchester.

Take a look at the mosaic being created. 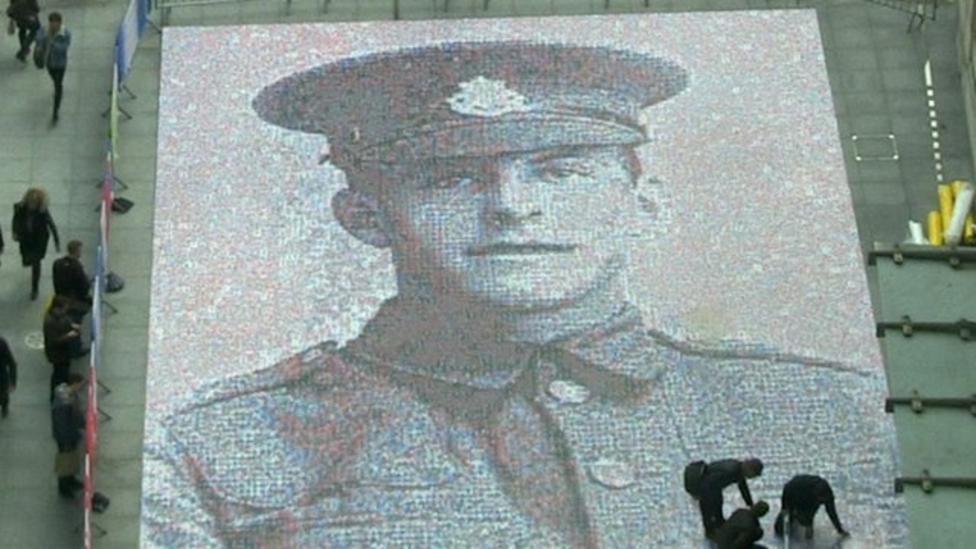