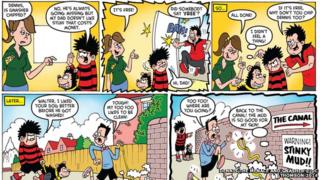 Dennis the Menace's dog Gnasher has been microchipped in the latest issue of the Beano as part of a campaign to get other dog owners to do the same.

New rules mean that all dog owners in England and Wales will soon have to microchip their pets and the Dogs Trust has been working with the famous comic to encourage people to get theirs done for free.

The microchips are used to identify animals if they get lost or stolen and include the animal's name, address and owner's contact details. 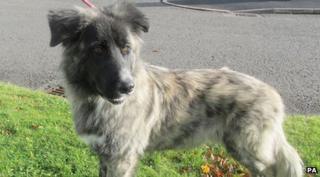 PA
This lost dog was found in Scotland. A microchip identified she used to live in Spain

The chips are put under the animal's skin painlessly and are less likely to get lost than a collar.

New laws will come into force in Wales in 2015 and England in 2016 making it compulsory. The Scottish Government has yet to announce its plans. 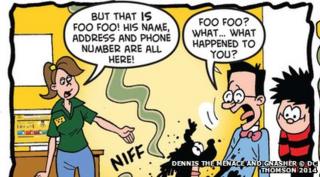 Microchipping can help to reduce the number of stray and abandoned dogs.

Over 10,000 dogs were reunited with their owners this year. 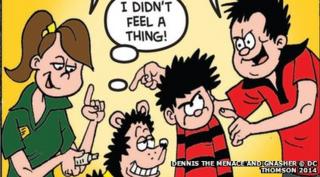 The comic, which has run for 76 years, often sees Gnasher causing trouble in Beanotown.

This week's strip sees the the famous dog visit the Dogs Trust Beanotown rehoming centre where he gets his chip.