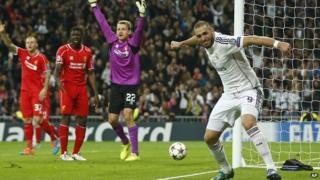 The match ended 1-0 at the Bernabeu stadium in Spain.

Manager Brendan Rodgers made seven changes to the starting eleven that played Newcastle at the weekend. 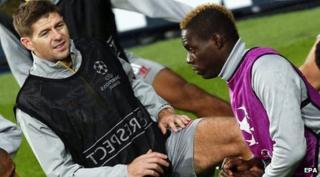 Liverpool fought hard but Karim Benzema scored the only goal of the match. 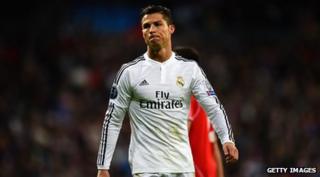 Liverpool are now three points off second-placed Basel in Group B.

A penalty from Mikel Arteta put the Gunners ahead after Danny Welbeck was fouled by Chancel Mbemba. 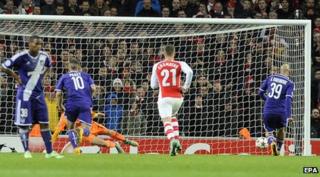 Alexis Sanchez doubled the lead with a 20-yard volley before Alex Oxlade-Chamberlain added the third goal.

Anthony Vanden Borre scored two goals, one of which was a penalty. Aleksandar Mitrovic got the Belgian side's third goal in the last minute.

The Londoners still need one point from their two remaining games - at home to Borussia Dortmund on 26 November and at Galatasaray on 9 December - to advance.