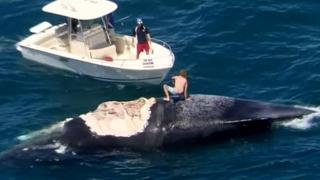 An Australian man who climbed onto a dead whale as it floated offshore, has apologised for his actions.

The man climbed on the humpback, which had already begun to rot and was being munched on by a group of large sharks.

He jumped to safety on a boat and afterwards said his mum thinks what he did was a bit stupid! 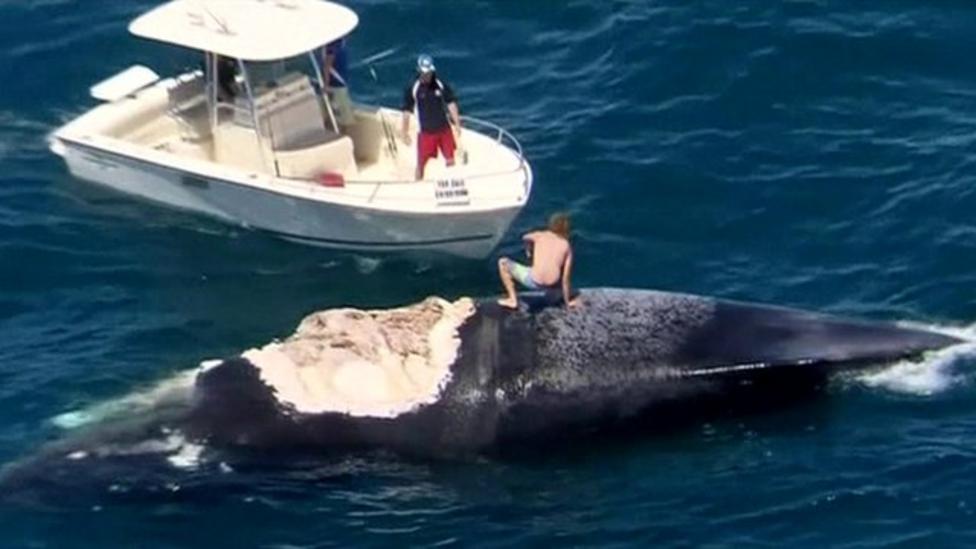