Spider found living in pop star's ear for a week 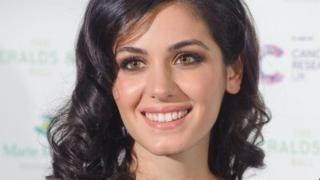 Singer Katie Melua had a live spider removed from her ear this week.

The pop star said she felt an unusual rustling in her ear for a week, so she went to the doctors to get it looked at.

They used a powerful microscope to take a look in her ear, and discovered there was a tiny spider living in there.

Katie took the spider home in a test tube and later released it into her garden.