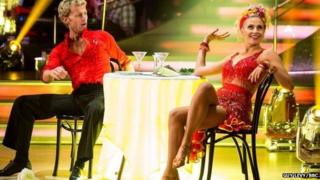 It was another action packed weekend for Strictly Come Dancing and The X Factor with millions of people tuning in to see their favourite dancers and singers.

Strictly attracted an average of 9.4m viewers, while The X Factor drew 7.4m. The viewing figures do not include catch-up services.

Singer Pixie Lott finished at the top of the leader board, receiving 35 points for her samba with Trent Whiddon, just ahead of presenter Caroline Flack.

Judy Murray found herself at the bottom of the pile, with just 18 points for her Charleston with Anton Du Beke.

However it was rugby star Thom Evans who was voted off the show after judges failed to agree.

Evans and his partner Iveta Lukosiute ended up in the dance-off opposite Blue star Simon Webbe and Kristina Rihanoff following the public vote.

Both Craig Revel Horwood and Darcey Bussell chose to save Evans, whilst Bruno Tonioli opted to save Webbe, meaning head judge Len Goodman had the casting vote.

He chose Webbe, saying he and Rihanoff had "the cleanest footwork". 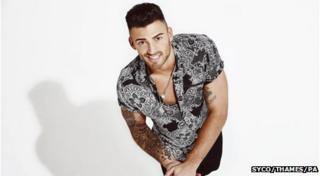 Over in The X Factor, Jake Quickenden was voted off show leaving his mentor Mel B in tears.

The contender, who lost out at the judges' houses stage in 2012, saw his singing dreams come to an end for a second time on this weekend's live elimination show.

He lost the sing-off to band Only The Young in which he sang Daniel Merriweather's Red, but judge Simon Cowell was not impressed by either act.

"I don't know what is going on with these sing-offs at the moment but they were both horrible," he said. 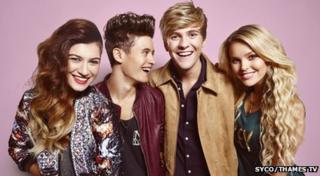 SYCO/THAMES TV
Louis Walsh's group, Only The Young, had a lucky escape after dropping into the bottom two

Cowell chose to send Quickenden home, and unfortunately for the wannabe so did Louis Walsh and Cheryl Fernandez-Versini.

Next week, both rival talent shows will be going all spooky with Halloween specials.