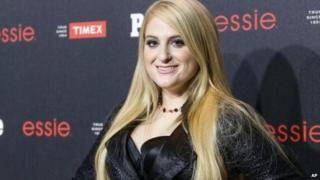 Meghan Trainor has grabbed this year's longest-running number one track, after All About That Bass secured its fourth week at the top.

The track shares the honour with Clean Bandit's Rather Be, according to the Official Charts Company.

In the top 10, Ed Sheeran's Thinking Out Loud climbed two places to number two. The song, which has spent 18 weeks in the chart, also broke the million streams mark this week with more than 1.2 million streams.

Singer-songwriter Ben Howard scored his first number one on the Official Albums Chart with his second studio album, I Forget Where We Were.