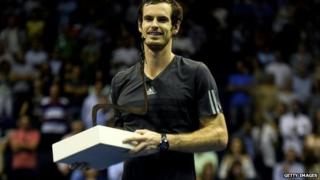 Britain's Andy Murray saved five match points against Spaniard Tommy Robredo for the second time in a month to win the Valencia Open.

Murray claimed his third title in five weeks and closes in on a place at the ATP World Tour Finals in London.

He moves up to fifth in the standings. Only the top eight players in the world can qualify for the tournament. 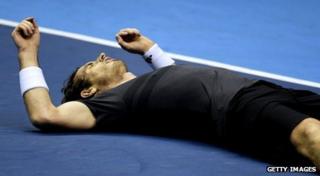 "I know it was an incredible match," said Murray. "The tennis at the end and in the second set was high level. I played well at the right moments."

Murray will now head to the Paris Masters, the final event of the regular season, and would need an unfortunate set of results next week to slip out of the places for London.