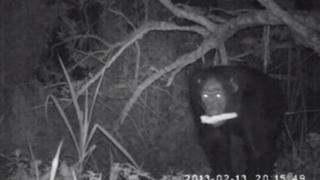 Cameras have caught wild chimpanzees in the act as they carried out night-time raids on farmland.

This clip shows a large group of chimps, including females with infants, raiding a field.

They were filmed in Uganda in east Africa.

Scientists were surprised about how daring the raids were.

They reckon it shows chimps adapting to how their environment has been changed by humans.

Footage courtesy of Plos One 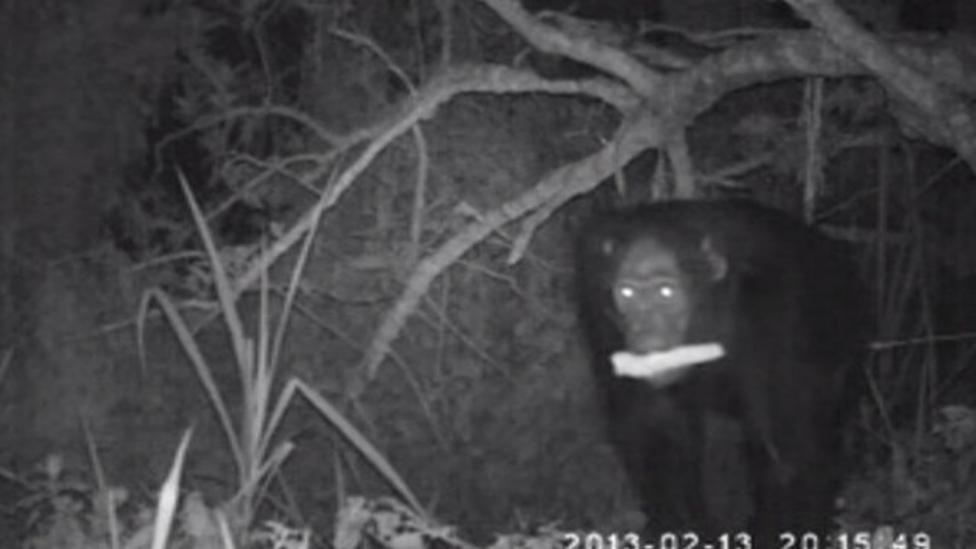