Roman gums 'healthier than ours' 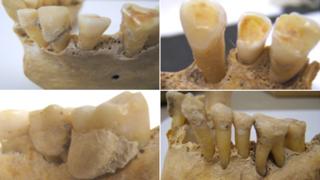 A collection of teeth analysed by the research group

A team at King's College London and the Natural History Museum found only 5% of adults had gum disease in the Roman, and certainly pre-toothbrush, era.

That figure has risen to nearly 33% of people today.

But ancient Britain was certainly not a golden age of gleaming gnashers. 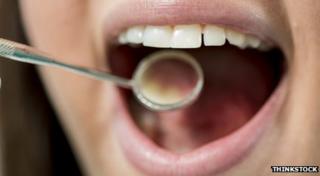 The smiles of our ancestors were filled with infections and tooth decay, the study showed.

The research group looked at 303 skulls from a burial ground in Poundbury, in Dorset.

Watch: Should schools make you brush your teeth?