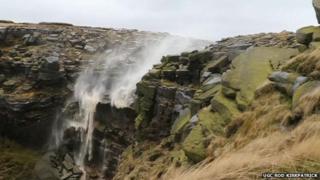 Waterfalls cascade down hills and mountains, don't they? Not when it's very windy they don't.

This footage is from the Kinder Downfall, in Derbyshire.

Instead of falling downwards - it's being blown back up and spraying all over the hillside.

The powerful winds were caused by the tail-end of Hurricane Gonzalo that started overseas.

Walkers watched in surprise as the waterfall's effectively blown backwards onto the rocks above.

He said the water usually falls 80 feet (24 metres) down.

It's not the first time Kinder Downfall has defied gravity in strong winds but walkers say this was one of the most spectacular examples of this phenomenon. 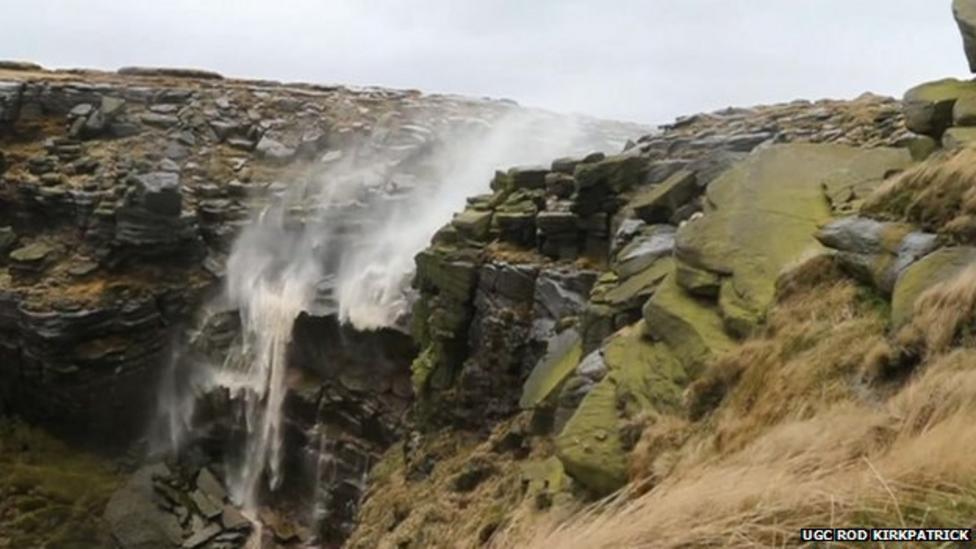