A dinosaur mystery that has baffled researchers for 50 years has finally been solved.

In the 1960s, they found two gigantic dinosaur arms underground. For decades, scientists have wondered what kind of beast they belonged to.

Now, two near-complete skeletons have been found in Mongolia in Asia.

The researchers say that the creature is even more bizarre than they first thought. 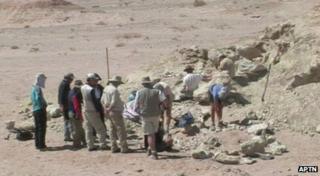 They say it was huge, with a beak, a humped back and giant, hoofed feet. 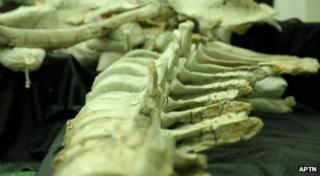 "It turned out to be one of the weirdest dinosaurs, it's weird beyond our imagination." 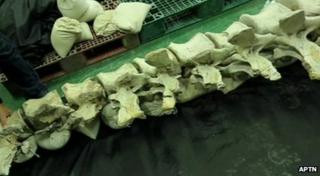 For half a century, all that was known about this dinosaur was that it had enormous forearms, that measured 2.4m-long (8ft).

They were tipped with three giant claws. 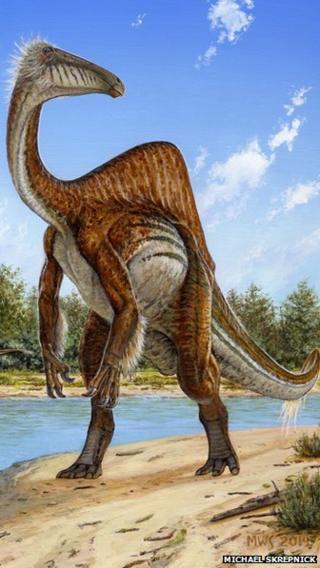 It had an elongated head with a duck-like beak, and a large humped sail on its back.

Its legs were short and stumpy, but its feet were very large with hooves, which would have prevented it from sinking into the boggy wetlands where it lived.

The researchers think that the beast was probably a very slow mover.

The contents of its stomach suggest that it ate plants and fish.

Dr Yuong-Nam Lee said: "We did not know their function before, but the long forearms with giant claws may have been used for digging and gathering herbaceous plants in freshwater habitats."