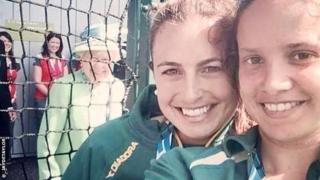 Photobomb, selfie and onesie are just some of the words that have been added to the new print edition of the Collins English dictionary.

They've also added the word adorkable after it was voted in by Twitter users and have described the meaning of the word as "socially inept or unfashionable in a charming or endearing way".

The new edition of the dictionary contains 722,000 words and is the largest single volume dictionary in print.

Bitcoin - a system of open source peer-to-peer software for the creation and exchange of (payment in) a certain type of cryptocurrency.

meme - an idea or element of social behaviour passed on through generations in a culture, esp by imitation